Other than the original thirteen colonies, Kentucky and Tennessee, and Texas, all land in the United States is divided up through the Public Land Survey System, first laid out in the Land Ordinance of 1785.  Also called the Rectangular Land System it divides up land in sections and townships based off of a meridian and a baseline.  It’s a very easy system for describing land and it’s very easy for family historians to find their family’s land with a description from a deed. 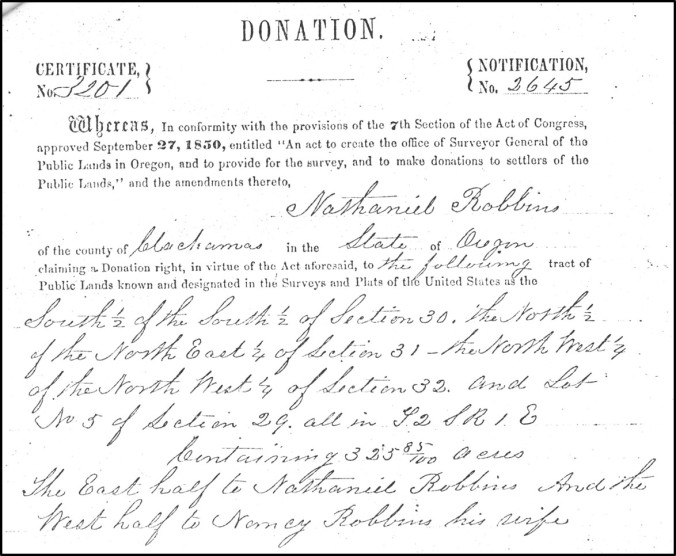 In Oregon, the meridian and baseline were established in 1851 by John B. Preston, the first Surveyor General of Oregon.  The baseline was chosen so it wouldn’t cross the Columbia River, while the meridian was set to lay west of Vancouver Lake, a shallow waterway along the Columbia where it turns north in the vicinity of Portland.

The junction of the Willamette meridian and Willamette baseline lies west of downtown Portland in the high hills along Skyline Drive.  I recently visited the spot which is appropriately named Willamette Stone State Heritage Site. 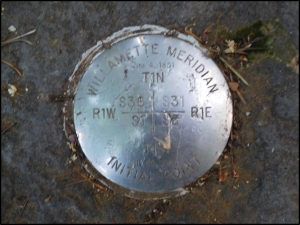 The existing marker is the third in the location.  The first, set by Surveyor Preston, was a red cedar stake.  It was replaced in 1885 by a small stone obelisk, which after being vandalized, was replaced by the current marker set in concrete with an accompanying plaque and some interpretive signage. 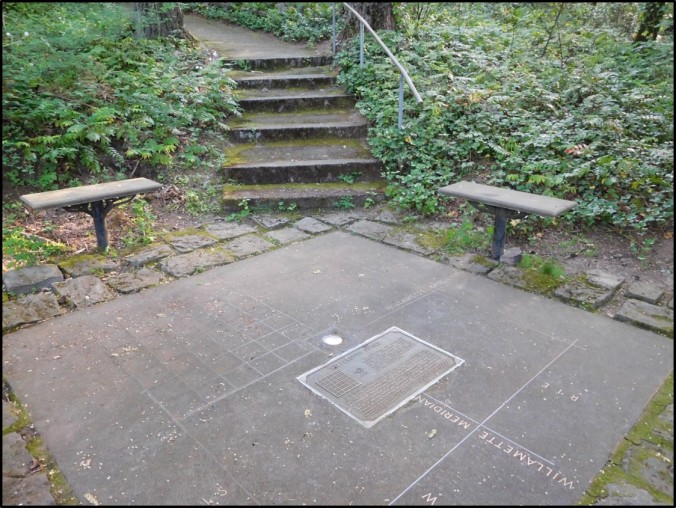 I was interested in whether other meridians and baselines are marked and indeed they seem to be.  The Second principal meridian on which most of Indiana is divided up is located in the woods south of Paoli, Indiana.  The Fifth principal meridian in Missouri, is situated at the confluence of the St. Francis and Mississippi Rivers and is now in a swamp, accessed by a boardwalk trail. 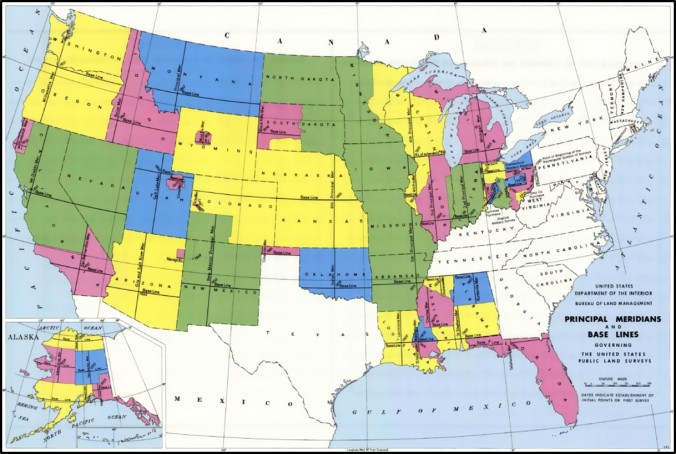 Map of Principal Meridians and Base Lines

As mentioned at the beginning of this post, this type of land description is very easy to use to locate property in the United States.  You can use a website such as Earthpoint to enter the state, meridian, township, and section and get latitude and longitude coordinates that you can enter into Google Earth to find the location on a map.  Here’s one example which shows the general area where Nathaniel Robbins’ Donation Land Claim was located in the 1850s, based on the simple description of something like “South ½ of the South ½ of section 30”. 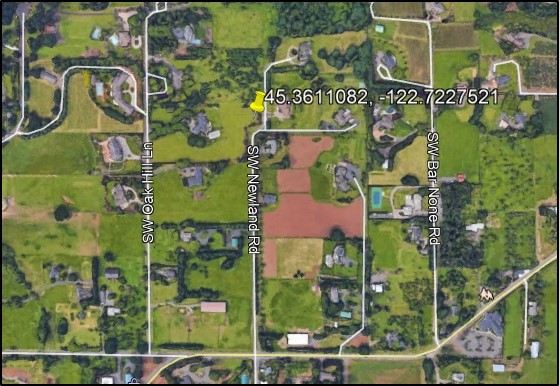 So you may ask how were land parcels identified in the non-Public Land Survey System states? like Virginia or Kentucky?  By a system called metes and bounds.  Here’s a transcribed description from Nathaniel’s grandfather Jacob Robbins in Montgomery County, Virginia (1783):

Which is easier to find?  Metes and bounds or Public Land Survey System?  I’ll take the latter any day!