This is the second of two posts about the life of John Hudson Robbins (1833-1912), a native of Decatur County, Indiana, who moved as a child to Missouri and Iowa, from where he set off for Oregon in 1862.  The first post dealt with John’s life prior to coming to Oregon and what information we had about that trip west. 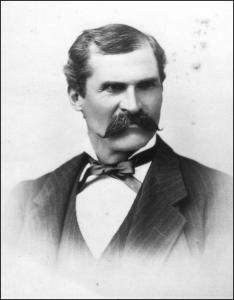 Upon arrival in Oregon, John Hudson Robbins was virtually bankrupt.  (The trip west was not done cheaply – there were a lot of expenses in equipping a wagon, buying enough food for the journey, having some money left upon arrival in the Pacific Northwest, and more).  Therefore, John put his children with relatives and neighbors:  son Ben with his uncle Lindsay Robbins, daughter Sarah with the Tom Hayter family, and daughter Emma with the George Eiler family.  Now, John had to go about earning some money.  Somehow he received twenty-five bibles from an eastern book company representative to sell.  According to his son William:

[He] started out with a knapsack full of bibles on his back, and worked his way up thru the Willamette Valley to a point near Wheatland, Oregon.  It is interesting to note that he purchased the bibles for $1.50 each and sold them for $5.00 each, so that by the time the bibles were disposed of he had assembled a substantial fund of $87.50.  At Wheatland he crossed the Willamette River and sold the remaining books along the west side of the river, and ultimately arrived at Dallas, Oregon, where his brother Lindsay was living.

By the following year John Robbins had bought two lots in Dallas and worked as a farmer, hired hand, and carpenter.  He was also sought after for his fiddling and he taught vocal music. 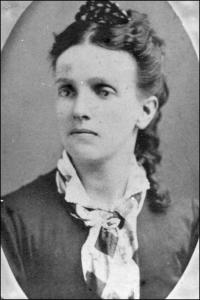 In 1864 he was married to Maggie Harvey by George Eiler, justice of the peace, in Bethel, Oregon, and gathered his children back from where he had them boarded out.  Maggie Harvey was the daughter of Amos and Jane (Ramage) Harvey.  Amos had worked for Dr. John McLaughlin of the Hudson Bay Company after a servant girl had robbed the Harveys of all their belongings.  Later Amos, a Quaker, served as Indian Agent at Alsea in the 1860’s and was one of the first trustees of the Bethel Institute.

John H. Robbins developed a wheat farm on his claim near Zena in Polk County and eventually planted fruit trees.  In 1874 he moved his family to Portland where he opened the J.H. Robbins & Son Music Store.  When he was traveling to Seattle, Tacoma, or Roseburg peddling organs, his son Ben ran the store.  In 1888 the family moved to eastern Oregon (Baker County) where they owned and ran the Robbins-Elkhorn mine.  John stayed there until 1895, when due to pending litigation he lost his interest in the mine.

He then returned to his Bethel farm which he sold in 1902 for $8000.  John Robbins then purchased a farm two miles west of Amity and lived there until his death in 1912.  His widow Maggie moved to Portland to stay with their daughter Estella (Robbins) Gillespie.  She died there in 1931.

John Robbins was an inventor.  He secured patents on a side hill plow, an improved well-boring machine, and a combined harvester.  His son, William Arthur Robbins, in a short history of his father, told of an interesting experience John Robbins had when he went to Washington, D.C., once to secure a patent:

Upon his return, he told his wife that he had decided to give up the patent business.  She inquired why, and he said, ‘While in Washington I met a young man who was certainly ‘non compos mentis’ since he told me he could light all the street lamps in New York City by merely pressing a button in the central plant, and blow them all out by the same operation.  If this is the way inventors are affected, it is time for me to get out of the business.’  In later years it developed that he had been talking to Thomas A. Edison, the inventor of the present electric lighting system.  Mr. Robbins and his friends derived a great deal of amusement out of his experience with Mr. Edison.